eamli is an AI-powered decision-intelligence platform that powers data-driven decision making using real-time data-driven insights to analyse millions of possibilities in ways other solutions can’t. eamli models the future so that businesses can see the impact of their decisions before they are made, helping companies save time and money while improving operational efficiency. 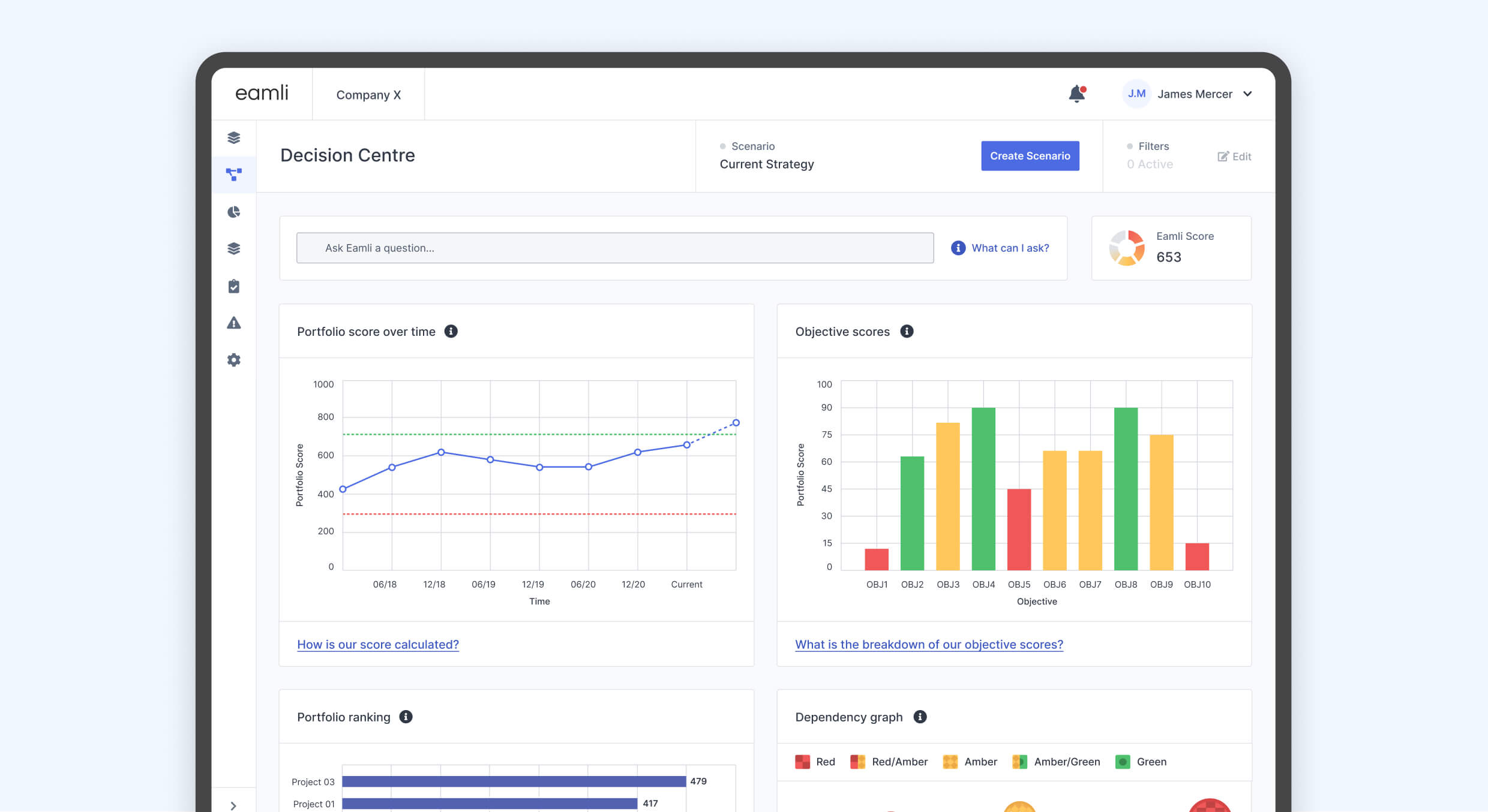 Organisations struggle with the complexity of making business-defining decisions based on traditional technologies and the information that they have available to them.

Decision makers inside organisations are under immense pressure to identify and produce outcomes based on data that is often out of date or not appropriate. 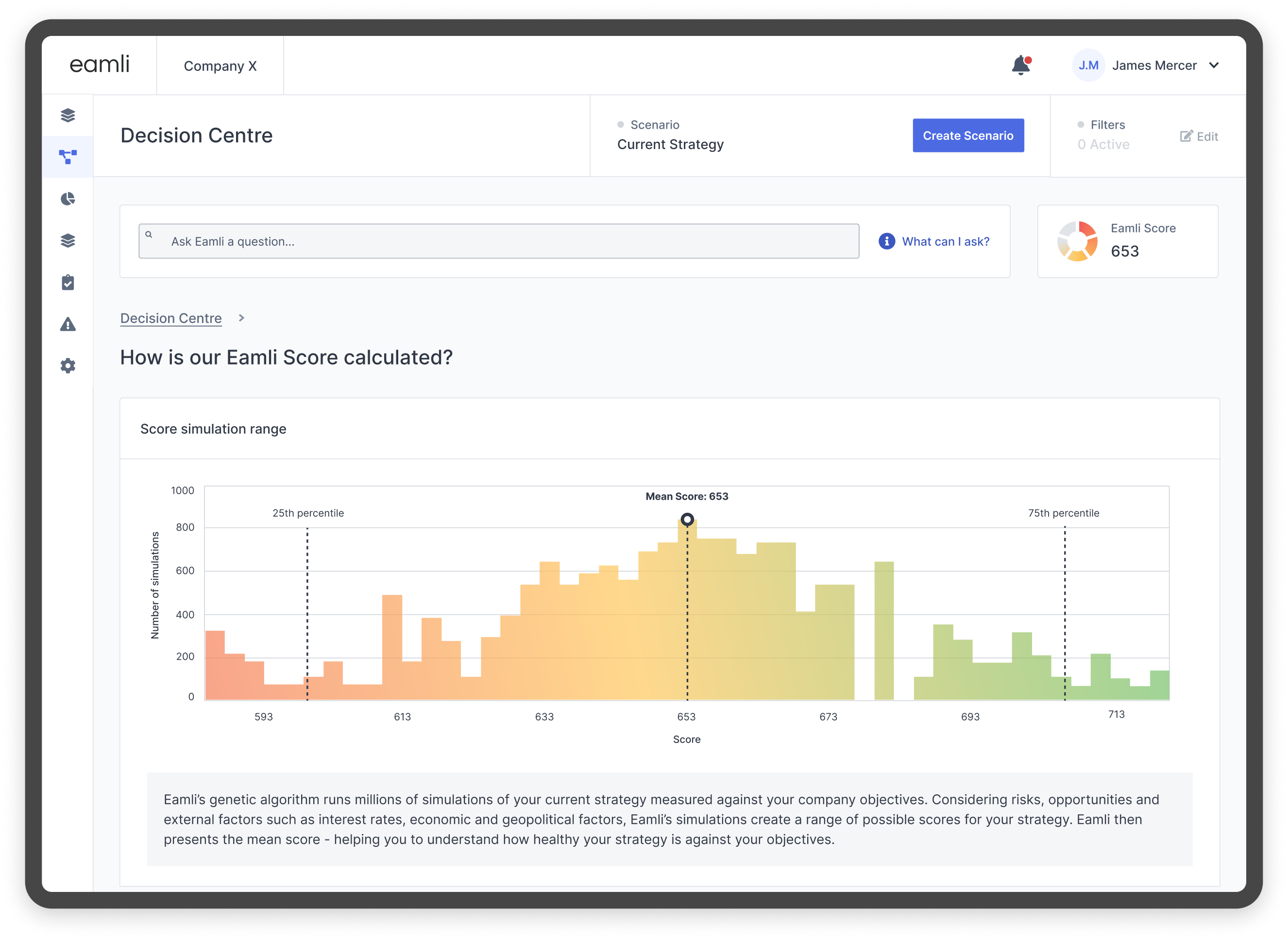 I was one of the original designers that helped create an initial viable version, working closely with relevant stakeholders to outline an initial solution via discovery workshops. We researched potential competitors that helped to identify best practice examples within the marketplace. We designed the initial end-to-end user journey and carried out user interviews to identify if what we were suggesting would benefit the user and what we could do to improve the experience.

We took what we had learned, created initial product wireframes and used these for user testing and feedback before designing the first release user interface. Once we had sign-off from all key stakeholders we worked alongside the development team to produce the first version of the product. 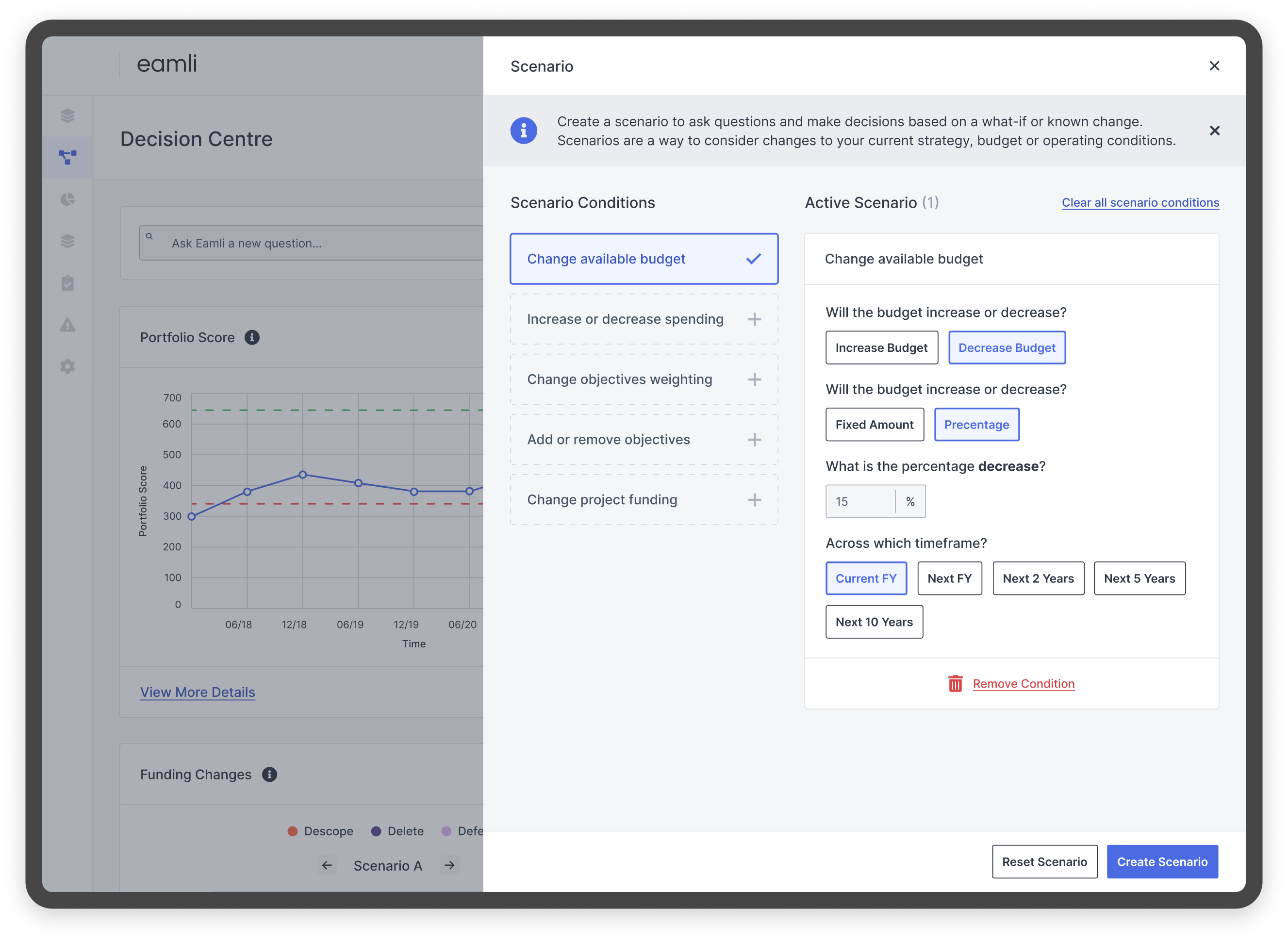 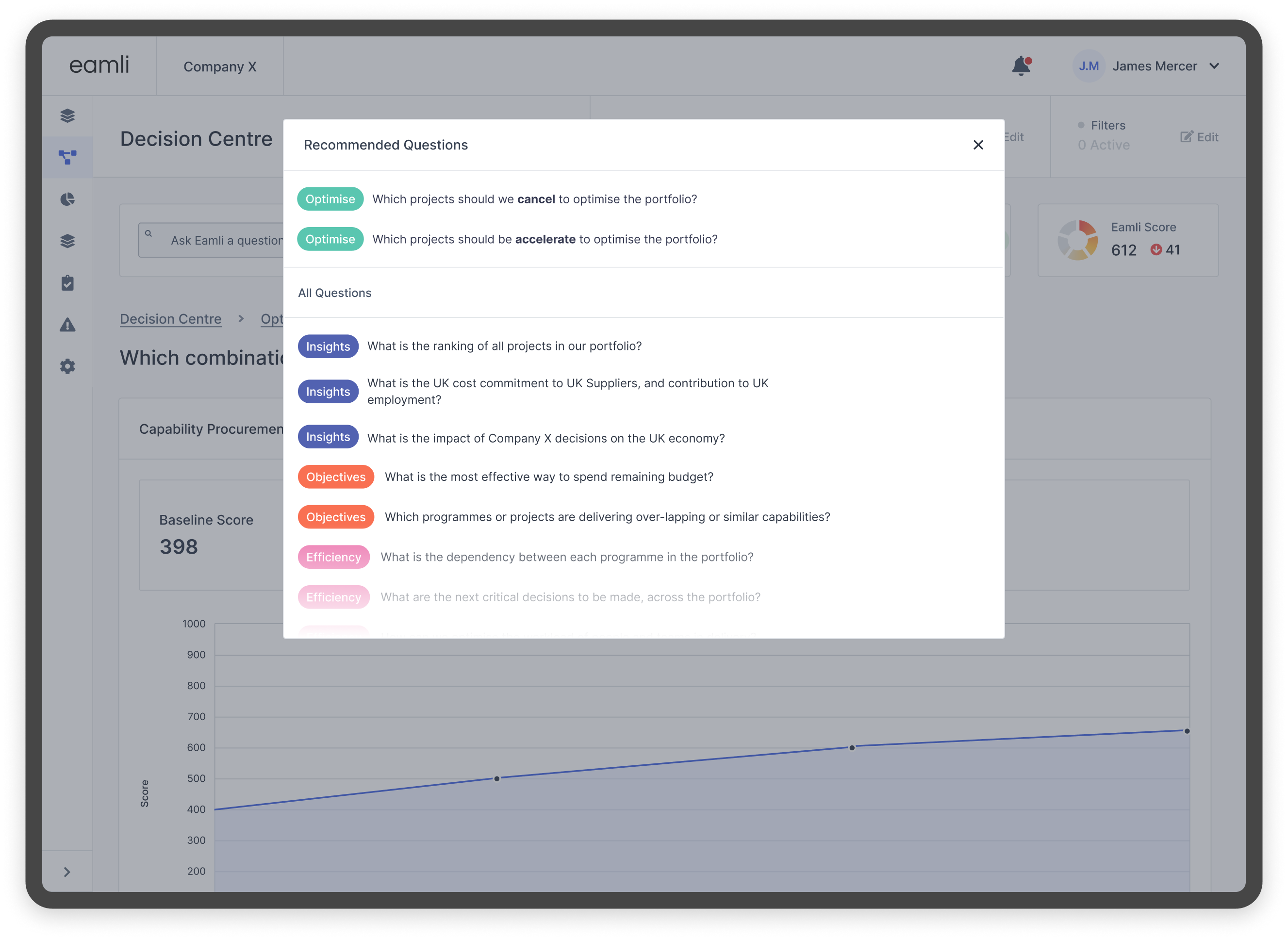 We used this first version as a testing platform to learn more from our users, identify ways to improve the product and get it to market.

Based on the technology and overall product experience, IBM quickly showed interest and became a partner. The eamli team used the IBM partnership to help enhance the product, and a later version is now listed on the IBM Cloud Paks Partner Showcase.

During this time, a UK Government Ministry identified eamli as the ideal solution to help them with their long-term procurement decision planning. eamli has allowed the Ministry to make smarter procurement decisions that have helped them move closer to achieving their objectives. The Ministry is still in partnership with the eamli team, helping to improve the product experience for the future.

More recently, eamli won the Digital Innovation of the Year award at the Digital DNA awards and is actively being considered and implemented by other organisations to help them with their future decision making.